You don’t have to use Mathcad to generate the vectors that you plot, as was done for the example in Figure 20-5. You can create vectors by reading in data from a data file, by pasting in the data from the clipboard, or by typing data directly into an input table.

These techniques are described in Chapter 19, “Data Management.” Once you create vectors from data-for example, by extracting columns from a matrix-you can plot the vectors just as you would plot any vectors, as discussed in the previous section. See Figure 20-7 for an example of plotting vectors from data imported from an external file. 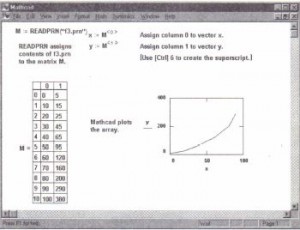 The examples in Figure 20-2 through Figure 20-7 show some of the most common types of graphs. However, graphs are not limited to these examples. You can graph any expression against any other expression, as long as they share the same range variables. For example, see Figure 20-12 for an example of graphing a constant to be used as a marker on the graph of another function.

Graphing more than one expression 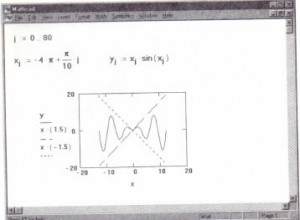 Note however, that all traces on a graph share the same axis limits. For each axis, all expressions and limits on that axis must have compatible units. 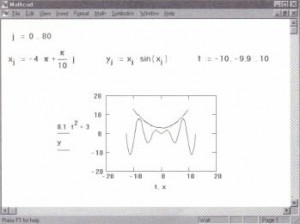 Graph with multiple expressions on both axes.